Newly appointed music director of R4 as of September 2020, Kelsee is a versatile cellist who seeks to further explore ragtime’s roots and how it has shaped the popular music of today.

Kelsee attended Columbia College Chicago, earning a Bachelor’s of Music Degree in Performance with a concentration in Contemporary, Urban and Popular Music. There, she spent 4 years studying with Jill Kaeding and studied songwriting, music business and management. It was there that she began to arrange music for strings. Kelsee went on to receive a dual Master’s of Music Degree in Cello Performance and Chamber Music at the University of Michigan in 2018, under the instruction of Anthony Elliott (now Cello Professor Emeritus). Awarded a fellowship for her 2 years, Kelsee had the opportunity to train with world-renown faculty and artists such as the Calidore and Takács string quartet.

Kelsee enjoys playing all styles of music! Outside of R4, Kelsee is a Chicago based freelancer, teacher and arranger. She can be seen performing in local musical theater productions and recording for artists such as John Legend and Kirk Franklin. Kelsee’s career has also taken her across the country to record and perform with artists including Lizzo, J. Cole, Eminem, KYGO, Michael Bublé, PJ Morton, and others! Learn more about Kelsee at her personal site kelcellomusic.com. 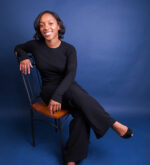