Blaze of Glory: The Trombone in Early American Popular Music

“Blaze of Glory: The Trombone in Early American Popular Music” is the result of a collaboration with the River Raisin Ragtime Revue orchestra, Central Michigan University, and White Pine Music. The project was funded by CMU, the Michigan Council for the Arts and Cultural Affairs and the National Endowment for the Arts.

“Blaze of Glory” explores the role and evolution of the trombone in early American popular music. It begins with the trombone fantasias of Frederic Innes and early polkas and extends through the ragtime and early jazz eras. You’ll hear peppy marches, toe-tapping ragtime, and beautiful ballads. The included compositions show how orchestrators used the trombone programmatically and as a contrast to the more subtle string counter-melodic lines of the cello. Recorded by White Pine Music at Central Michigan University, the sound quality is superb.

Nobody is Somebody is a collaboration with bass-baritone Daniel Washington, who is Professor of Voice at the University of Michigan School of Music Theatre and Dance. This CD feature original orchestrations of popular African American songs and spirituals from the turn of the twentieth century. The orchestrations were created by R4 Music Director Emeritus William Hayes.

The recording’s title, Nobody Is Somebody, is a direct reference to the hit song of Bert Williams, the first internationally-known African American Broadway performer. “Nobody,” published in 1906 for the show Abyssinia, became his signature song.

Dr. Mark Clague, who serves as Associate Professor of Musicology, American Culture and AfroAmerican and African Studies at the University of Michigan writes:

“Each song recorded for the album Nobody Is Somebody represents a hard-won cultural step on this same journey for recognition, freedom, and justice. The majestic spirituals are the “sorrow songs” identified by W.E.B. DuBois in the Souls of Black Folk that express more than despair. They communicate the timeless soulfulness of humanity, with strength and determination. They express the collective demand of a people to be fully human, to be free.

“The songs from the black theater, on the other hand, demand racial justice. They wrestle with racism after the Emancipation Proclamation, specifically the late-19th and early-20th century mainstream expectations that confined black performing artists to minstrel stereotypes. Such popular songs again express an essential humanity, but through a resistance of lyric, narrative, and style. They often speak to black and white audiences with different meanings, contrasts made possible by double consciousness. At times, however, they also sing without irony to demonstrate that the fundamental feelings of everyday life—joy, sadness, anger, hope, love—acknowledge no racial difference. These songs are at once personal and political, individual and universal. They prepared the way for the Harlem Renaissance. They sparked an American political consciousness of blackness. They galvanized a Diaspora of diverse peoples into a social movement and thereby made the battle for human justice, for Civil Rights possible.”

We are quite pleased with the material and quality of musicianship represented on this recording and hope that you will find it enjoyable, enlightening and satisfying.

The Red Back Book

Our debut, groundbreaking recording from 2005 features the first (and currently only) complete recording of the legendary, near mythical Red Back Book collection. Missouri publisher John Stark issued a limited number of these ragtime orchestrations featuring some of classic ragtime’s most influential compositions. Scott Joplin’s monumental “Maple Leaf Rag,” “The Entertainer,” “The Easy Winners,” and “The Cascades” are included, as well as Joseph Lamb’s “Sensation” and James Scott’s “Grace and Beauty.” R4 partnered with The Historic New Orleans Collection to recreate this rare collection of outstanding American treasures. Complete with an extensive historical narrative written by R4 director William Pemberton.

Animal Fair features uplifting and exuberant animal songs from the ragtime, blues and early jazz eras that appeal to children and adults. Familiar traditional songs like “Tiger Rag,” “Kitten on the Keys” and “The Animal Fair” are combined with forgotten hits like “Rhinoceros Rag,” “Chasing the Chickens” and “Bull Frog Blues.” Listeners will hear the R4 orchestra accompanied by elephants, lions, dogs, pigs, cats and chickens. Animal Fair also features two new compositions, written specifically for the recording. Catherine McMichael’s “Warthog Stride” was inspired by a trip she took to Botswana, South Africa, where she saw warthogs being chased by a pack of lionesses. “Elephant Rag,” by R4 musical director emeritus William Hayes, is based on the melody from Camille Saint Seans’ “Carnival of the Animals.”

Accompanying the lively music on the CD is a 12 page booklet containing original artwork of painter Diane Rosecrans Pemberton and liner notes written by director William Pemberton. The liner notes introduce children to ragtime and its place in history as our nation’s original indigenous popular music. The controversy surrounding the music when it was first introduced and the discrimination faced by African Americans during the ragtime era are discussed in an age-appropriate manner. The result is an entertaining and educational recording for all ages. 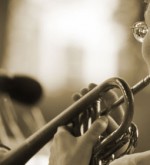